Here’s a fun and easy DIY nail art tutorial for creating marble nails. All you need is saran wrap and your two favorite nail polish colors!

1.       Choose two nail polish colors and pre-cut 10 small pieces of saran wrap and crumble them.
2.       Apply the first color to the base of your nail (typically a lighter color). Apply a second coat if needed.
3.       Once the first color has completely dried, apply the second color (only one coat).
4.       Take your crumbled saran wrap pieces and lightly dab it on your nail. This will create a cool, marble looking effect.
5.       Repeat steps on desired nails.
6.       If you get excess polish on the sides of your nails, simply use a small Q-Tip dipped in nail polish remover and clean up the edges. However, to avoid this, try taping the edges of your nails before you begin painting and remove the tape once the painting process is completed.
7.       Once your nails are dry, seal it with a top coat 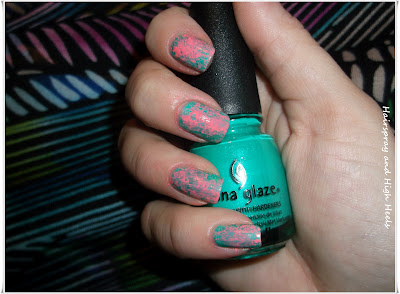 Spas are wonderful establishments because they promote relaxation, rejuvenation and best of all, a healthier lifestyle. But did you know that you can have all of that at home too?  So grab your girls or your guy and get relaxed, get rejuvenated and get healthy with these products for at-home spa use.

Helen of Troy HotSpa Professional Foot Bath Plus with Acupressure Massage Center
This foot spa gives the feeling and results of a professional foot bath and includes an acupressure massage center and pumice stone to exfoliate feet. Your feet will thank you! 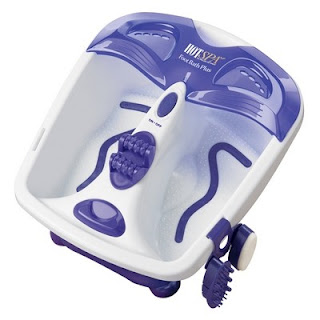 Earthly Body 3 in 1 Suntouched Body Massage Candle
This candle burns for a longer length of time than regular candles but best of all; it melts down to a massage oil that can double as a full body moisturizer. So you get three in one!

Malibu Algae Clay Exfoliating Masque
For the facial portion of your at-home spa day this exfoliating masque is perfect. It naturally draws sebum, toxins and impurities out of the skin by binding them to the clay molecules and gently yet effectively cleansing them away, leaving skin feeling silky smooth and purified.

These are just a few essentials for your at-home spa use. Visit BigDaddyBeauty.com to check out all of our spa-like products then you can pamper yourself anytime! 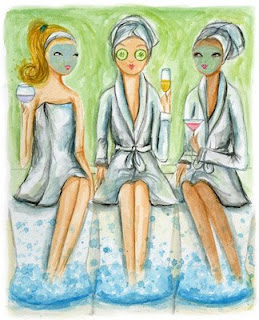 Denny Smolinski Purchase these products at www.BigDaddyBeauty.com
866-747-2440
Posted by Jess Noel at 10:36 AM No comments:

The Science of Straightening Hair

We’re all aware that a flat iron is a device made of two hot plates assembled together in order to straighten the hair. But have you ever wondered how a flat iron really works?
Hair is made up of keratin, a strong protein that is also found in skin and nails. Keratin and other proteins like sulfur and amino acids contribute to the overall strength of the hair. This means that the atoms conjoin together to form a bond ensuring that the shape of the hair fibers stay the same. It is almost as if a microscopic army sets up camp in your hair, holds hands and doesn’t let go. The army of atoms then forms a wall and this wall forms the structure of your hair, making it either curly or frizzy. 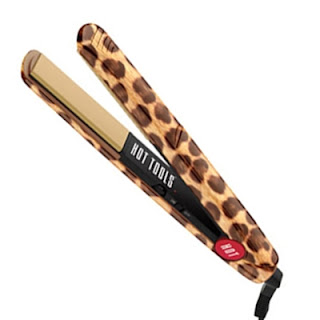 Helen of Troy
However, to break down that wall and achieve straight hair, a flat iron can be used. Flat irons are used at extreme heats, often between 300 and 500 degrees. The heat from the flat iron works to break the bond between atoms. When the heat from the flat iron hits the hair, the keratin proteins are forced to reposition themselves, in turn hair can go from curly or frizzy to straight within minutes. With this process, it is almost as if an uncomfortable force is attacking that hand-in-hand army and in order to get comfortable again, they must readjust their positions. The new position results in the army of atoms lying flat so that hair is straightened. 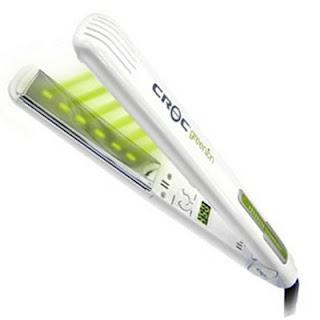 Croc TurboIon GreenIon
By using a flat iron, your hair becomes straight but this is not a permanent method of hair straightening since natural effects like exposure to moisture can turn hair back to its original state. But using a flat iron is the most common and easiest way to achieve straight hair.
Now that you know the science of straight hair, go forth and fight that army of atoms and visit BigDaddyBeauty.com for our selection of flat irons.